The impact of the Citizens United decision on money and advertising in politics is confusing.  Citizens United wasn’t the beginning of the corrupting influence of money in political campaigns, but it made an existing problem even worse.  This chart, from the Washington Independent in October 2010, shows what’s new and changed. 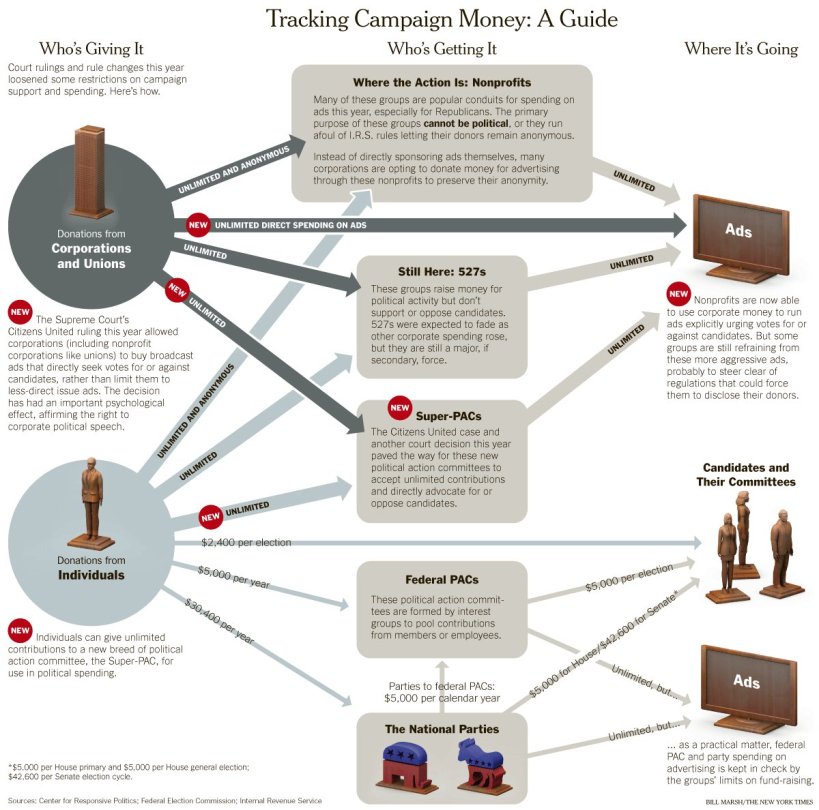 Needham Town Meeting is voting on whether to ask Congress to amend the Constitution to reverse Citizens United; this isa clear action we can take now against this latest development (Citizens United).

However, the larger problem of the polluting influence of money in politics needs to be addressed on a larger scale, too.