The Citizens United majority never explained why any corporation without a press function warrants the same free speech rights as a person. Neither did Justice Alito. Meanwhile, the false equivalence of money and speech put forward by Citizens United and the money it unleashed is wreaking havoc in our politics.

From New York Times editorial — Last week, Justice Samuel Alito Jr. speciously defended the Supreme Court’s disastrous ruling in the 2010 Citizens United case by arguing that the ruling, which allowed unlimited independent campaign spending by corporations and unions, was not really groundbreaking at all. In fact, he said, all it did was reaffirm that corporations have free speech rights and that, without such rights, newspapers would have lost the major press freedom rulings that allowed the publication of the Pentagon Papers and made it easier for newspapers to defend themselves against libel suits in New York Times v. Sullivan.

“The question is whether speech that goes to the very heart of government should be limited to certain preferred corporations; namely, media corporations,” he said in a speech to the Federalist Society, a conservative group. “Surely the idea that the First Amendment protects only certain privileged voices should be disturbing to anybody who believes in free speech.”

But Justice Alito’s argument wrongly confuses the matter. It is not the corporate structure of media companies that makes them deserving of constitutional protection. It is their function — the vital role that the press plays in American democracy — that sets them apart. In Citizens United, by a 5-to-4 vote, the court ruled that the 2002 Bipartisan Campaign Reform Act, in limiting the amount that organizations could spend, severely restricted First Amendment rights. The law’s purpose and effect, according to the court, was to keep unions and most corporations from conveying facts and opinions to the public, though it exempted media corporations.

But the majority got that backward. The point of the law was to protect the news media’s freedom of speech and not the legal form that they happened to be organized under. While corporations make enormous contributions to society, they “are not actually members of it,” Justice John Paul Stevens said in his dissent. When the framers “constitutionalized the right to free speech in the First Amendment, it was the free speech of individual Americans that they had in mind,” he noted, not that of corporations.

In New York Times v. Sullivan, in which the First Amendment was used to rein in the law of libel, the Supreme Court focused on the “profound national commitment to the principle that debate on public issues should be uninhibited, robust, and wide-open.” It made almost no mention of the fact that The Times was a corporation. Nor were the free speech rights of a corporation any part of the ruling in the Pentagon Papers case.

The Citizens United majority never explained why any corporation that does not have a press function warrants the same free speech rights as a person. Neither did Justice Alito. Meanwhile, the false equivalence of money and speech put forward by Citizens United and the money it unleashed is wreaking havoc in our politics.

Needham results are tricky to parse, because the Amendment appeared as 3 different questions  across Needham.

What is clear is that in the Norfolk-Bristol-Middlesex Senate District (of which half of Needham is part), the Democracy Amendment had an overwhelming victory. look at these numbers:

From the Needham Patch – [On election day, Nov. 6,] Needham residents will  join more than 150 communities across Massachusetts in voting on a nonbinding question that, if approved, would direct legislators to overturn the Supreme Court’s 2010 Citizens United decision through an amendment to the U.S. Constitution.

“It’s saying that we the people, who are voting on this, want Congress to pass a constitutional amendment that says that corporations do not have the same rights as human people and that the legislature should be able to pass laws regulating political spending and campaign contributions,” said Harmony Wu, a Needham activist and supporter of the issue.

Many Needham residents saw a similar question at the 2012 Annual Town Meeting, when a majority of members approved the measure following about an hour of debate. The Town Meeting article urged the town’s state representatives to support a constitutional amendment.

In June, the Massachusetts legislature did pass a resolution that called upon Congress to enact a constitutional amendment.

Proponents are hoping the response to this new question—which represents the voices of thousands of voters across the commonwealth—will further underline the importance of a constitutional amendment.

“It’s nonbinding, and some might say, what’s the point?” Wu said. “The bigger rationale is that this is an avenue by which people have to organize and mobilize, and when we do this, it becomes part of a large voice calling for change. We’re just trying to make it so that the powers that be can’t ignore this movement.”

Voters in precincts A-C, I and J will see a question instructing both the senator [Richard Ross, R] and the representative [Denise Garlick, D] to support an amendment (Questions 4 and 5), while voters in precincts D-H will only see a question instructing the representative [Denise Garlick] to do so (Question 5).

The wording of all questions is as follows (substituting senator or representative depending on the [precinct]):

Shall the state senator [or state representative] from this district be instructed to vote in favor of a resolution calling upon Congress to propose an amendment to the U.S. constitution affirming that (1) corporations are not entitled to the constitutional rights of human beings, and (2) both Congress and the states may place limits on political contributions and political spending?

Placing the questions on the ballot at an election with a highly anticipated turnout will also help make voters more aware of the issue overall, Wu said.

“It’s a public education campaign as well. By seeing the question on the ballot, it increases awareness,” she said.

MORE INFORMATION, on this site, ABOUT THE DEMOCRACY AMENDMENT: Question 5 in Prec.D-H, Question 4 in Precincts A-C, I-J: 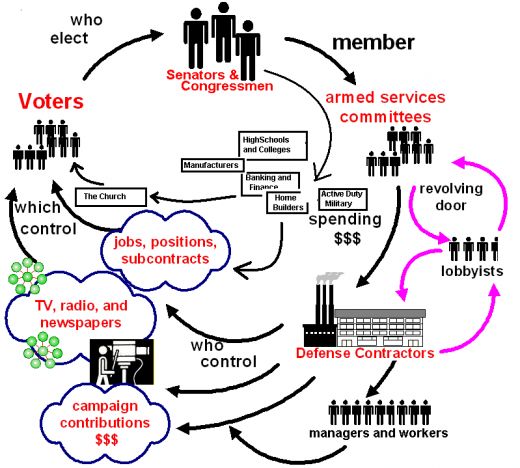 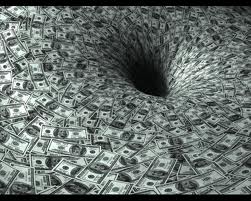 But you can significantly influence if not turn the tide in a congressional election with a lot less money.

Lauren Feeney: Big national organizations like American Crossroads and Club for Growth Action are pouring money not just into the presidential election, but also into state and local races. Why?

You can turn an election a lot easier at the congressional level than you can at the presidential level.

END_OF_DOCUMENT_TOKEN_TO_BE_REPLACED

Not only did Needham pass our town meeting resolution and the state pass its anti-CitizensUnited resolution– democracy-fans got a “Citizens United” question (nicknamed “The Democracy Amendment”, read more here) onto the Needham ballot for November 6, 2012! (yeah, we have to update parts of this website that are still talking about the town meeting vote as “coming up”!)

That means, in addition to voting on President and US Senate, voters will have a chance to say whether they want corporate interests to be able to spend unlimited resources on our campaigns.

It’s not a binding question. But it is yet another means by which WE THE PEOPLE can voice our demand that lawmakers take action! They hadn’t been listening very carefully…. But the broad grassroots movement–which we in Needham are a part of– have stirred politicians at the highest levels to take notice.

With the question on the ballot– we need to get the word out to voters!

We need some help on THURSDAY, ELECTION DAY, September 6, in Needham:

Can you help for even just an hour (or even less if that’s all you got) at the polls on Thursday? We will be handing out INFORMATION/LITERATURE about the ballot question–to get the word out about the anti-Citizens United vote on November 6!

This is not so hard stuff–please email wethepeopleneedham@gmail.com with your availability on Thursday, Sept. 6.  In particular, we would like to have commute times covered, when there’s the highest foot traffic.

Needham is one of a select number of communities voting on the “Democracy Amendment” on November 6. This non-binding question is an opportunity for the community at large to weigh in on the question of corrupting power of unregulated corporate money in politics.  The question reads:

Shall the state representative from this district be instructed to vote in favor of a resolution calling upon Congress to propose an amendment to the U.S. Constitution affirming that

(1)corporations are not entitled to the constitutional rights of human beings, and

(2) both Congress and the States may place limits on political contributions and political spending?

Vote YES on the Democracy Amendment on November 6!

We need your help getting the word out to Needham voters. Tell your friends and neighbors about it, help them get informed on the issues at the heart of this question. We have lots of resources on this site, pulled together in preparation for our Town Meeting Resolution.

If you have questions or can help out, please email wethepeopleneedham@gmail.com

For comprehensive information on the Democracy Amendment, and excellent background resources on Citizens United and money in politics, visit/bookmark this very useful site: http://democracyamendmentmass.org/

On the final morning of the Republican National Convention, Karl Rove took the stage at the Tampa Club to provide an exclusive breakfast briefing to about 70 of the Republican Party’s highest-earning and most powerful donors. During the more than hour-long session, Rove explained to an audience dotted with hedge fund billionaires and investors—including John Paulson and Wilbur Ross—how his super PAC, American Crossroads, will persuade undecided voters in crucial swing states to vote against Barack Obama. He also detailed plans for Senate and House races, and joked, “We should sink Todd Akin. If he’s found mysteriously murdered, don’t look for my whereabouts!”

Then Rove pleaded with his audience for more money—much more.

This rare look at the mechanics of super-PAC fundraising and electoral strategy was likely not intended for reporters. I was invited as the guest of a financier who is a significant Republican donor. The financier knew that I was a journalist. At no point was I presented with, nor did I agree to, restrictions regarding the information I heard. Upon my arrival at the breakfast, I was not asked if I was a journalist. I gave my name, identified the person who had invited me, was handed a wristband, and ushered into the dining room. American Crossroads disputes this version of events, but a spokesman did not immediately return calls to elaborate.
–Read More at Businessweek

Obama in online chat says that mobilizing for a Constitutional Amendment to overturn Citizens United is a good idea. Even if an Amendment fails, he notes, the process of individuals organizing around the problem of money will help shine a light on the massive problem, which could force lawmakers to take the legislative action they so far have not.

We think President Obama must have been watching the Needham Channel replays of Needham Town Meeting!:

Question: What are you going to do to end the corrupting influence of money in politics during your second term?

Answer: Money has always been a factor in politics, but we are seeing something new in the no-holds barred flow of seven and eight figure checks, most undisclosed, into super-PACs; they fundamentally threaten to overwhelm the political process over the long run and drown out the voices of ordinary citizens.

We need to start with passing the Disclose Act that is already written and been sponsored in Congress – to at least force disclosure of who is giving to who.

We should also pass legislation prohibiting the bundling of campaign contributions from lobbyists.

Over the longer term, I think we need to seriously consider mobilizing a constitutional amendment process to overturn Citizens United (assuming the Supreme Court doesn’t revisit it).

Even if the amendment process falls short, it can shine a spotlight of the super-PAC phenomenon and help apply pressure for change.